Anil joined the weekly Ride Side-By-Side cycle sessions in partnership with Metro Blind Sport. Anil, who is partially sighted, hadn’t been on a bicycle since he was a teenager.

“I didn’t know it existed until I saw it. I really enjoyed the Ride-Side-By-Side.”

Participating in 12 sessions, Anil cycled to the many incredible parks across west London, including Kensington Gardens and Hyde Park. Joining other people on each ride is what makes this cycle experience extra-special, as described by Anil,“I’ve made friends too, who I keep in touch with”.

By using the park environment off-road, offered other opportunities to try out piloting in a controlled environment. “The great thing about it was being able to pilot the cycle” which really boosted Anil’s confidence in himself.

Anil has also travelled to the Queen Elizabeth Olympic Park “The cycle pilot picks me up at Stratford to go around the Olympic Park and over to Victoria Park, where I’ve never been before”. 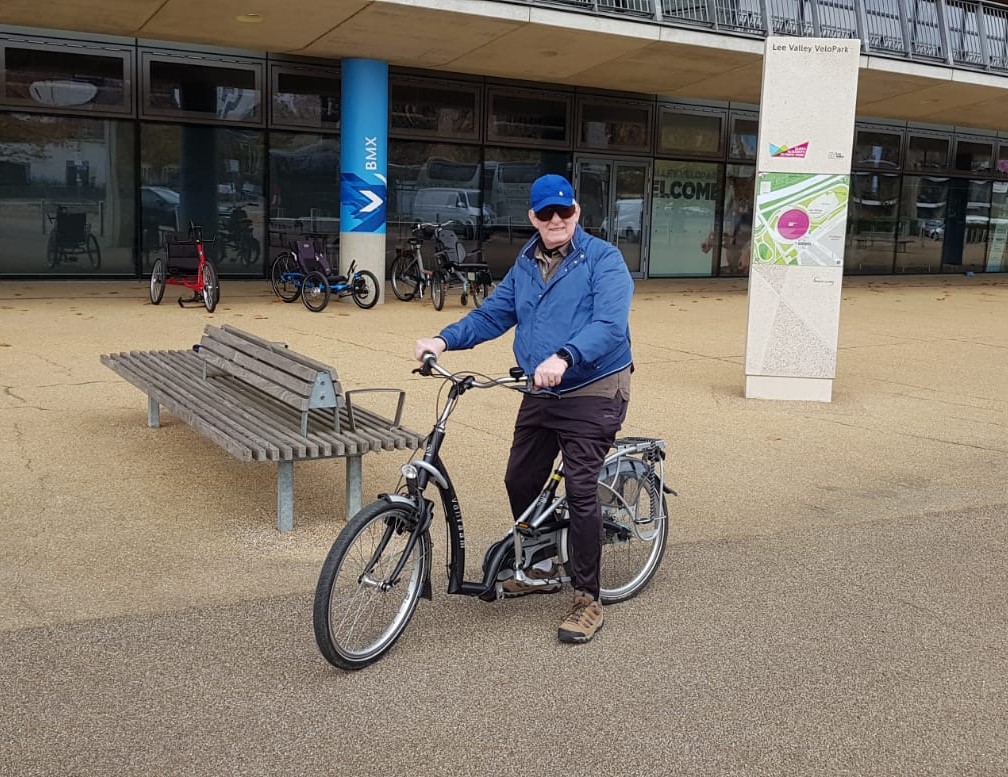 It was because of the cycle exploration in east London, that Anil was introduced to the Bikeworks inclusive cycling All Ability club, where he was initially introduced to a trike and has made the transition to cycling on a two-wheeler.

Anil is now a regular at the All Ability Club, attending on a weekly basis. Trying out the different cycles has increased his confidence.“I’m even thinking about buying one of these fold up bikes so I could cycle anytime”.